Why Women Leaders May Have Asperges Syndrome. And Why It’s Important For Them To Know About It. 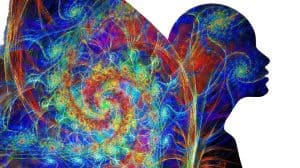 Management level and above are generally reached by people with hyper achieving type characteristics which are given below, these same traits give statistically viable results when compared to the Aspi female (aspergers syndrome). The fact that female apsis go undiagnosed due largely, in my belief to their incredible mimicking capabilities and completely different attributes than their male counterparts. Thus it could very well be that female leaders who have many asperger female traits are aspies. Here we shall look at all the above but should you want a complete list of traits and qualities of Aspi women please hit the link (no email asked)

Asperger’s syndrome, an autism spectrum disorder that is characterised by obsessive interests, awkward communication skills, and difficulty with social cues, has been more often diagnosed in males. Sensitivity in all its forms is an important part of being on the autism spectrum and it has strengths and challenges.  With respect to females this brings up the question of using and managing sensitivity for females are taught and told that something is wrong with them, thus they have experienced shame, guilt, depression and severe anxiety.  Considering the difference of between knowing why when you feel like that, then all the sensitivity can be monitored and tailored to your own needs, making it a non negative trait and just a positive one.

Most women who have made it to leadership level and above tend to be very driven by performance and achievement. They may also be focusing on external success, to a point of workaholism… Good at covering up insecurities and giving out a positive image, their emotions are well controlled and no outburst of any sort and surely not in public!  With a personality that is very malleable to be able to fit into a mould that would impress many, goal oriented and despite always perfecting the public image, promoting the self whilst keeping people at a safe distance. Hyper achievers always push themselves beyond their limits, for they can only succeed that way they believe.

Whilst these characteristics could be conceived as hyper achieving they could very well be Aspergers too.

Aspergers women are also deep thinkers, thinking at multiple levels; serious and matter-of-fact in nature and have a tendency to not feel as it were, on one level they are so empathetic it hurts and on the other hand they cannot feel, or so it seems to them thus can come across as self centred, cold hearted confirming Leo Kanner’s concept of the Extreme Male Brain (1943)

Because Aspi females tend to speak in a rather ‘brutally honest’ manner that may come across as a masculine trait, the leadership level, rather male dominated can relate to her.

Aspergers women have such a high use of their motor neurones that they mimic like a chameleon their peers, they switch their behaviour based on environment reading quickly the room, again in male dominated surroundings her peers will adhere to that too.

Aspi females feel the need to escape frequently and they break free from the tough world of leadership either through counting, categorising, organising this is also great management level calibre traits or through mental processing, imagination.

Notwithstanding that, situations and conversations to Aspergers women are often perceived as black and white, it is then difficult to find nuances hence even if they are attempting to communicate ‘correctly’ they feel that they are missing a conversation “gene.”  And jokes go completely over their heads…

Aspergers Women and You?

I guess if you are reading this far you may have some thoughts on a particular person that this description fits or someone that comes to mind and you just can’t figure out why exactly? Perhaps yourself even.

Most women get late diagnosis for their own child is diagnosed gifted or Zebras (as it is now called in France). There is hardly any way they will think ‘Oh and I am gifted too’, Aspergers if far cry from the madding crowd! I was confronted with this NOT when I researched Aspergers for my son but when I looked into it for my daughter’s diagnosis. Upon reading articles, science journals, blogs, videos, and actually talking to professionals was when my head went up in flames from the blinding truth staring back at me.

Again when I read Divergent Minds Jenara Nerenberg and she talked of her supermarket experiences – I was in shock – realising years of self doubt, questioning, ‘being so socially awkward’ and such a scared dunce in the grocery store that I felt liberated, even if still in the closet.  But I did not feel a dunce until I became a mother – why? Oh you questioning brain…

Because with age comes the leadership positions, managing teams… This means you can do this, then when you go to the supermarket, come out unable to get the items on the said list, feeling so drained, physical exhaustion and where did I park? But these are normal explanations of an Aspi Woman’s life and this means that it’s all OK.

These are just some examples of traits of Aspergers females. I have only come out about all this when I decided to become a mental fitness coach and during the certification process I found the peers in my group again did not get it, did not get me.  So that is the reason I coach for aspi women, yes I am trained to coach everyone, but I felt that the CEOs had enough coaches and that we aspergers females did not. So during this new protocol of Mental fitness coaching we turn it around to be Sage Jedis in the 21st century. And watch out when we are unleashed there is no stopping us for we are visionaries…

So hyper rational females tend to have the same attribute as Aspergers women. Which one are you?

Book a call here and let’s discuss this.