Why the Positive Intelligence (PI) program

is here for the long haul

& Why it is a great tool, especially for neurodivergents.

Positive Intelligence Program – How long before the Euphoria wears off?

When you go to trainings, seminars, networking events, courses and the like we all know that there is the initial high, euphoria, optimism. There is the travelling, the sharing of accommodation, the meeting of others as excited as you and everyone has their own journey. The excitement that carry’s through until the drop off point hits us in 90% of cases that is only a couple of months or at the very most half a year.

The only variable factor is the length of time this takes, that is the only thing fluctuating and we all know it, yet we keep going to these events hoping that the transformative breakthrough will arrive.  Because when we do actually feel it for those variable times & it does feel so good ….  So we all keep shooting for the stars, we all want that feeling of euphoria that hit of dopamine with wonderment and hope that this is the one to create that lasting change.

Positive Intelligence Program – Can we create that positive long ever (?) lasting change?

For years I have been to seminars, courses read hundreds of books, articles, periodicals in what seemed to be the holy grail quest! 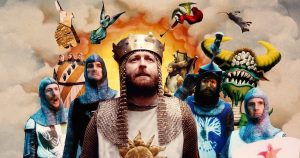 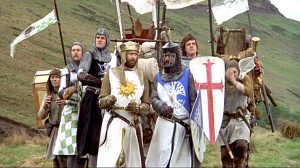 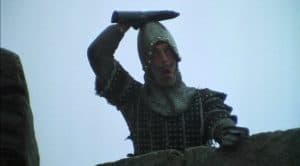 Fig2. Images of Monty Python’s Quest For The Holy Grail.

As a neurodivergent one of our traits is really being skilled at one speciality we enjoy, so you can imagine how deep our rabbit holes are, we seem to be consumed with our special interests and want to know everything about it. So yes hundreds of articles, books, and many miles travelled to get across the Atlantic to seminars trying to find this other side.

What was equally fascinating was that I was also bringing up four neurodivergent children and thus tried to impart my new found knowledge upon them, explaining in great detail to these inquisitive beings.

Twenty odd years down the line, I have even written a book about it, created courses and was going to go back to get a PhD on the changing neurosciences involved when the levels of consciousness grow…..

It was during the second lockdown, here in France, that I felt like I found The Holy Grail!  I found Shirzad Chamine’s Positive Intelligence, and to boot he was giving away the program

This is a system adapted to its time in the 21st century,

The main reason for the success of Positive Intelligence (PI) is that:

Shirzad  had massive studies carried out to determine the factor analysis on the root-level factors that determine thoughts, emotions and reactions.

Factor Analysis defined : it is the practice of condensing many variables into few, so that the research data is easier to work with. The simplest example colours, with three primary colours the rest can be created. Thus from red, blue & yellow the painters can create teal, green, orange, brown, purple…. (Note for digital screens the primary colours are red, blue & green.)

Positive Intelligence Program – The Saboteurs, From Fear Left Hemisphere of the Brain.

The results of factor analysis gave rise to ten factors responsible for self-sabotage.  Here are the ten saboteurs; the Avoider, Controller, Hyper-Achiever, Hyper-Rational, Hyper-Vigilant, Judge, Pleaser, Restless, Stickler and Victim. All of our stress, upsets, why we fall short and bash ourselves about and any other negative emotions we have are done by these lads and lasses!

Fig.3. The Saboteurs – fear based left hemisphere of the brain.

Positive Intelligence Program – The Sage Powers, From Right Hemisphere of the Brain.

Looking at the other end of the spectrum… the positive emotions of happiness, success, joy, gratitude all come from the Sage powers and there are five root level positive factors. Here are the five Sage powers; Empathise, Explore, Innovate, Navigate and Activate. These are the only powers necessary to dramatically change your life!

The experimental results gave a significant simplification of the training & coaching with increase development. Thus the focus can be on core issue of mental muscle building and because these are but a few exercises during the duration of the program, the results can be seen and felt thus wanting to continue is self determining. The transformative impact of the operating system in how it powers a hundred applications from stress induced saboteur lies to empowered Sage perspectives. Giving rise to you getting less easily ‘hijacked’ by your saboteur’s lies and can continue your laser-focused clear-headed actions of success and happiness again and again. This also induces others to bring out their own Sage due to the high power of our mimicking neurones, one sage will call another and the cycle continues onwards and upwards.

Positive Intelligence Program – For The Neuordivergents

For most Aspergers, high functioning arborescent brains are ‘de rigueur’ so to just not have your head full of saboteurs is in itself a holiday that we wish to go on!

Because we are now treating the root causes and not the symptoms we are able to focus at the core issues which is building Sage powers, and that is a rabbit hole we can easily go down.

We are not bogged down with trying to find the cause of this Saboteur or that one, no just to say hello Saboteur and meet Sage is power enough to disarm ALL the Saboteurs!